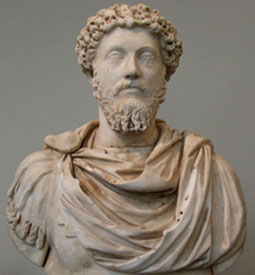 Before becoming emperor was Console twice and also held the position of superintendent.

His kingdom was characterized by an unusual institutional respect for the prerogatives of the Senate and marked by the meritocracy: the provincial could access to the highest offices of state administration.

Gave priority to reconstruction works as road improvements aimed at a more profitable business, took care of the issues which improved the condition of slaves, the guardianship of orphans and minors, and the choice of councilors citizens.

In foreign policy, his reign was marked by wars against the Quadi, the Marcomanni, the Parthians.